Another article has been written about the cafe, this time by Serena Dai from the local news website, DNAinfo. This article focuses on the concept of the cafe:


LAKEVIEW — A new cafe on Southport wants to change your mind — or at least start the wheels turning about contrarian economic and political ideas like ending the Federal Reserve.

Richard Sykes, 58, is opening Bombastic Cafe, 3732 N. Southport Ave., with hopes that it will become a social space with an art gallery and talks about politics, economics and foreign policy. Social change is achieved through small communities of people meeting each other, Sykes said, and that's his goal for Bombastic as he enters retirement.

He expects to be open for business in November.
"Think of it as a TED talk," Sykes said, referring to the popular idea-sharing talks . "A more intimate version of TED."

Already, Sykes has lined up Stephen Zarlenga, an economist and director of the American Monetary Institute whose ideas about folding the Federal Reserve System into the U.S. Treasury are known to have inspired former Congressmen Ron Paul and Dennis Kucinich.

The issues Sykes plans to shed light on might be out of the mainstream, he said, but it's "not for shock value."
Sykes said the truth just sometimes seems shocking.

"We're living in an age where telling the truth is so outrageous, it's Bombastic [sic]," the cafe's mission statement reads, "and demanding the truth, well that's a conspiracy."

When talks aren't happening, the focus of the cafe will be the art gallery — and the art should be striking up a debate, too. 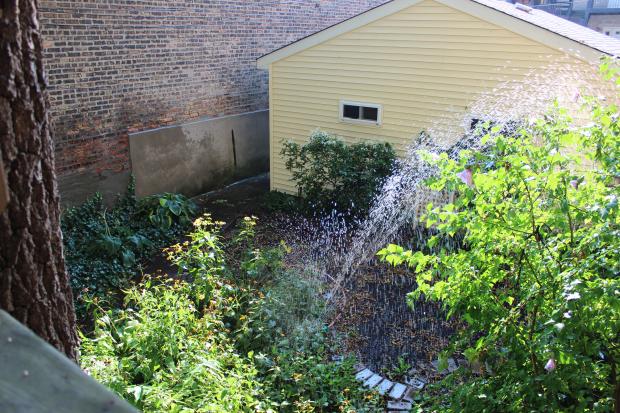 Sykes, who studied art before entering product design, will only select artists "who have never stopped doing art out of pure compulsion," he said. Painters must be at least 60 years old and established.

Coffee, of course, will also be served, and a garden in the back will be adorned with tables with hopes for a "cafe in museum" type atmosphere, Sykes said. Even though the aspirations for debate and social change seem high, Sykes said just a little bit of change will make him happy.

"If five people change their perspective," he said, "I've succeeded."